Had to repair my ESX-1 today. I went to turn it on this morning and it would not power up. The symptoms are: Unit turns on; Yellow back light comes on; No text on the display; No Led lights. When you turn it back off the LCD’s Back-light turns off very slowly after you press the power button, as with lag. These are all very noticable. If your unit is doing these 5 things and nothing more, nothing less… then is it very likely you have a bad fuse. Once I googled the info up (I had read about it before), the repair took me about 30 minutes.

Apparently many of the early models off the Korg line had a 1.5a fuse on the board that often goes bad, they later replaced it with a stronger fuse. Many people bypass the fuse altogether in order to get their ESX-1’s (and EMX-1’s) working again since the fuse is not a typical one you can easily find. I bought my ESX-1 used off Ebay nearly 3 years ago and the problem did not occur until now. I do not leave my ESX-1 powered on when unattended because it can run pretty hot after awhile and here in Louisville we have alot of lightning/thunderstorms. It was not a storm or power spike that caused it to go out, Korg just chose a bad part on these early models. They used to repair them for free, but I believe that period has ended. You can always contact Korg Repair and ask if there is an authorized repair shop near you, or failing that you could send it in.

I do not recommend anyone else doing this repair unless they are confident about their precision/pcb soldering skills as the contact points are very small. However, if you insist on doing so (like I did), there is a helpful thread about doing this @ Korgforums. The pictures in it are poor quality though and there’s no mention of taking apart the ESX-1. I found a couple other pictures to assist me. Click them for larger views.

The first picture is one of the Fuse itself that needs to be replaced or bypassed, note that with a bypass like this once you know the rating needed for the fuse you could add a ratshack one in yourself inline (i did not). Note that the fuse is labeled ‘FUSE1’ and that its near the cluster of capacitors located on the right-hand side of the board: 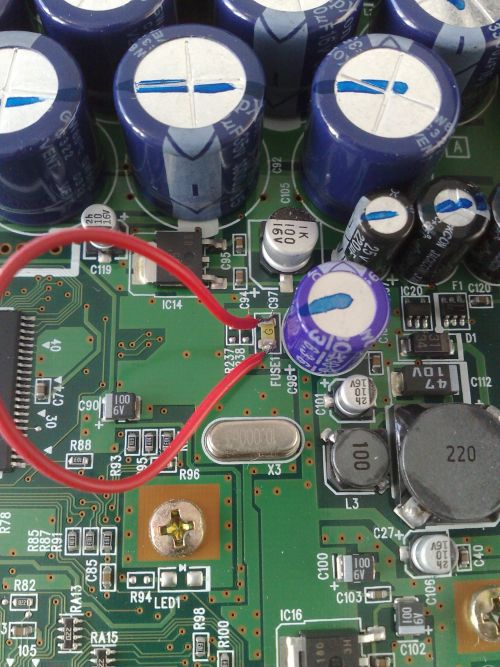 This second picture is from a forum thread back in 2006 that I had to dig up off Archive.org. It shows the simple process of taking your ESX-1 apart. There are 14 total screws, 10 of which are 2.5mm HEX that hold the faceplate on and then 4 Philips head screws around the Tube section that hold the control panel to the body: 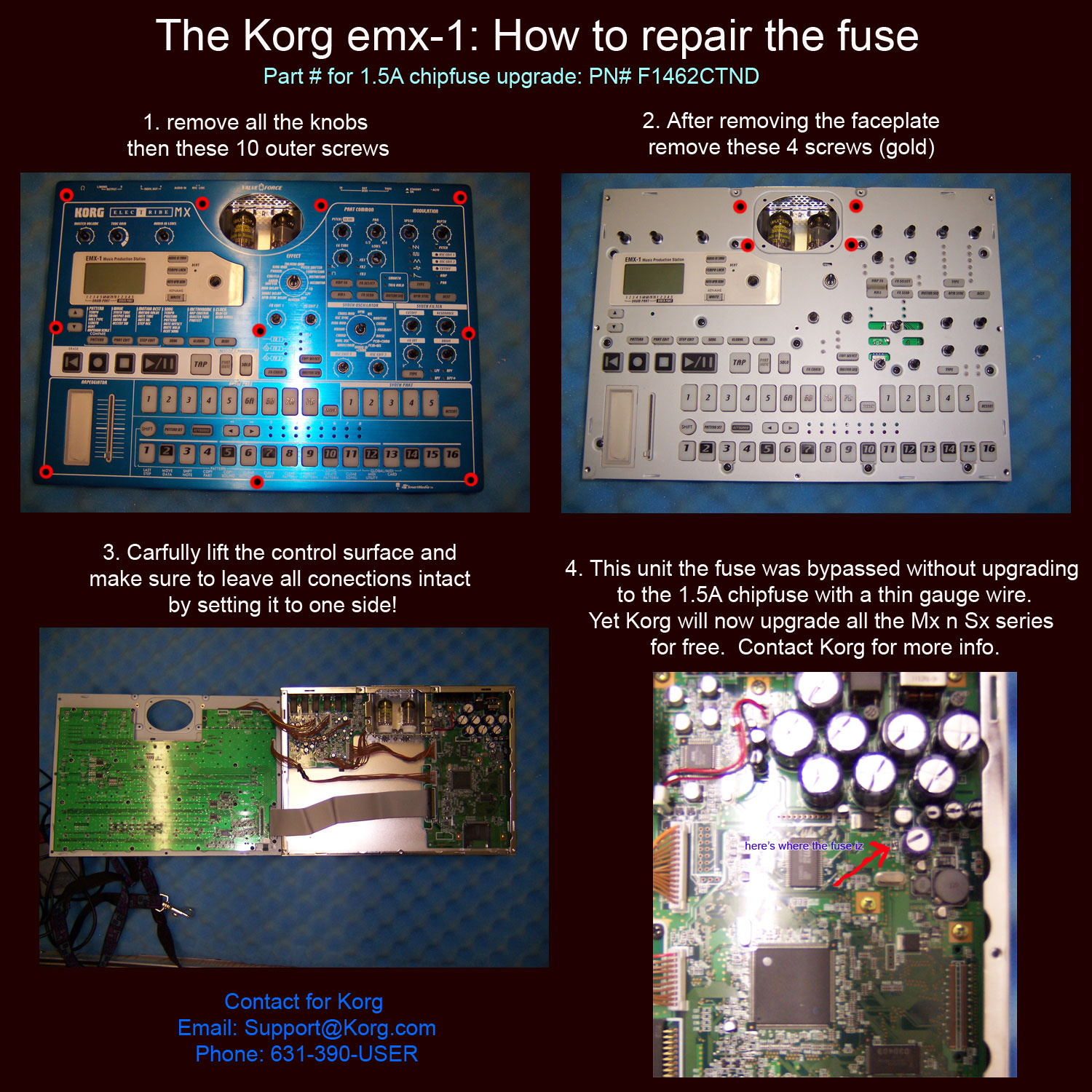